On August 16th, Syncta and Watts were proud to celebrate the first ever National Backflow Prevention Day! Created by Watts, this special day honors the unsung heroes who work every day to keep our water supply safe. Those of us who work in the backflow industry already know the important role that testers and backflow prevention solutions play in protecting our water supply. But the general public has little understanding about the backflow prevention industry, let alone what a backflow assembly is. National Backflow Prevention Day not only recognizes water safety professionals, but also aims to educate people about how backflow preventers and testers are always working to safeguard one of our most precious resources.

So how exactly did we kick off our first annual celebration? With seminars, games, t-shirts, and prizes of course! To show our excitement and support for the day, Tylor, Syncta's Inside Sales Manager, had special t-shirts made that the entire Syncta team wore to mark the occasion. Well, most of us anyway. Unfortunately, the t-shirts sent to our Canadian colleagues got stuck in Customs. Though we don't exactly know why, we like to think that these coveted, one-of-a-kind shirts were being fought over by various agents. But back to the festivities...

Watts kicked off the morning with several informative training sessions that highlighted different Watts backflow prevention solutions. This included information about SentryPlus AlertTM, a connected flood protection system created by Watts and Syncta. If you haven't heard about this revolutionary solution, check out our recent blog post to learn more.

Following the east coast sessions at Watts, Syncta went live at noon in Oregon with the first ever (that we know of), backflow trivia game! Hosted by Tylor, who also curated all of the backflow-related questions, the game proved to be lively and competitive. While Jason was in the lead for most of the game, Norm came up from behind, shooting to first place with only two questions left in the game. The point difference between the battling backflow behemoths was close, so none of us were sure who would be crowned the winner. In the end, comeback kid Norm was declared the winner, and chose an Apple Watch Series 6 watch as his prize! Who knew that having a vast knowledge of the backflow prevention industry would yield such an awesome reward?

With the books now closed on our first successful Backflow Prevention Day, we are already looking ahead to next year. As the world starts to open up, we hope to host some in-person events, and maybe even another backflow trivia game. So start studying now, because you just never know what backflow-related tidbit might end up landing you a super cool gadget! 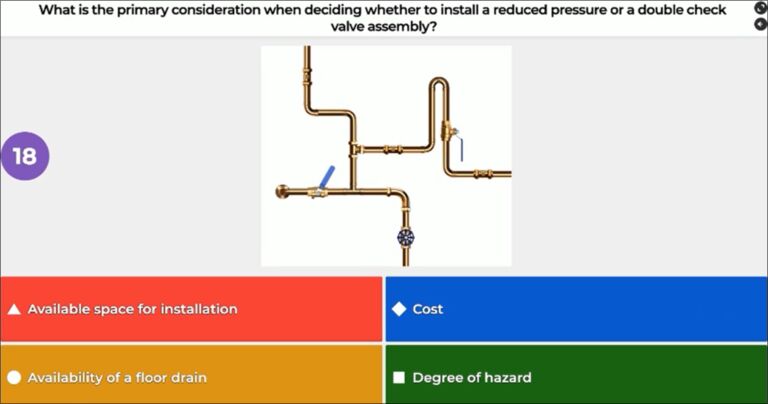 For people all over the world, there’s no question that 2020 has been an exceptionally difficult year. Life as we knew it was completely upended last spring. And six months later, it still appears that it will be some time before life gets back to normal. Even tho

Why Blogs are Important for Your Business

When my team asked me to write a blog this week, I wasn’t sure what topic to write about. I wanted something that readers would find helpful and I wanted to take a break from backflow-specific content. And after spending a few days mulling it over, it hit me&helli